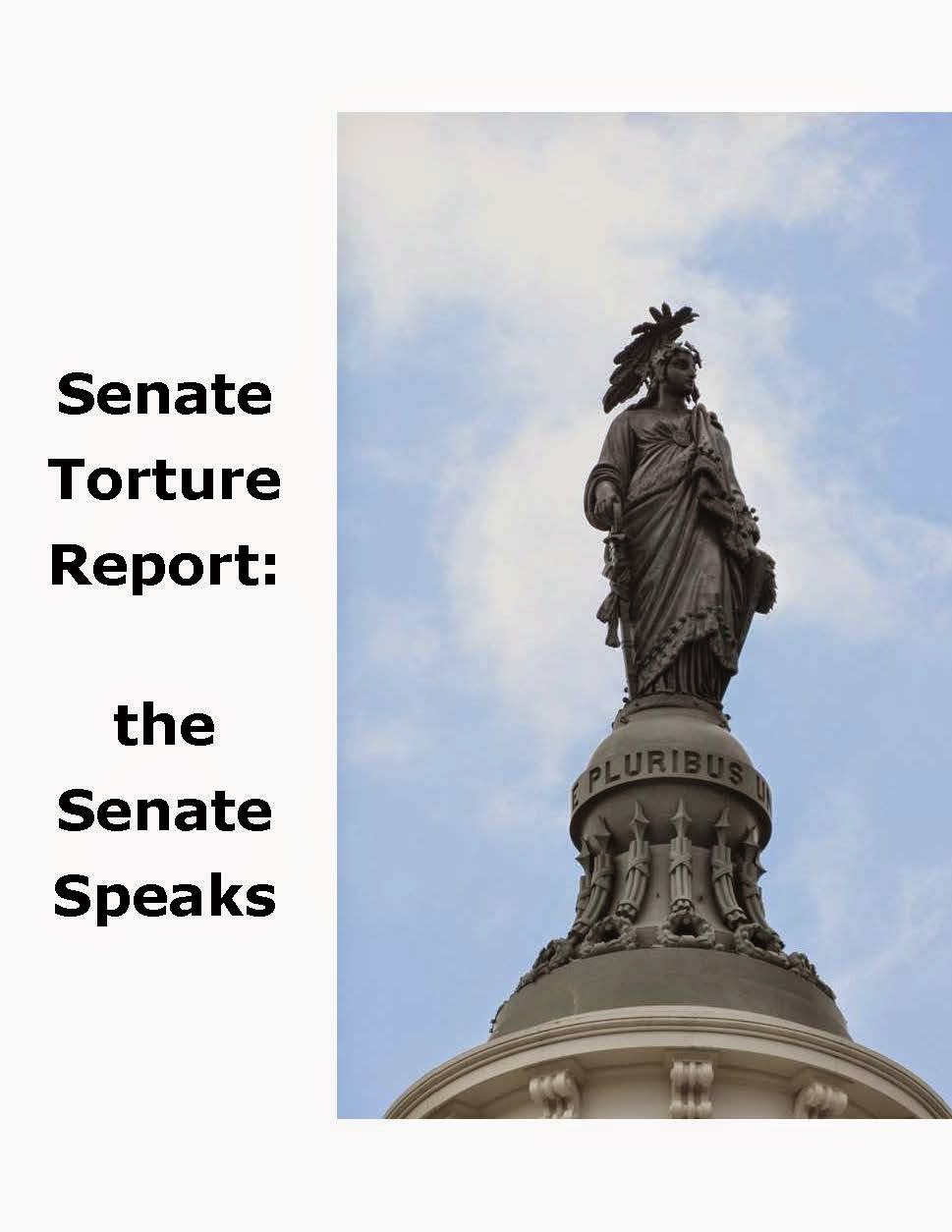 On December 9, 2014, the Senate Intelligence Committee published a report severely criticizing CIA interrogation practices as brutal and ineffective. The committee released to the public a redacted version of the report’s executive summary—nearly 500 pages long—the culmination of seven years’ work. It includes the views of the majority of committee members, an additional statement by Senator Jay Rockefeller, and the views of dissenting committee members. The full report is classified and runs nearly 6,700 pages.

In announcing the release of the report, several senators, including the Intelligence Committee Chair, gave speeches on the Senate floor explaining their views and findings. These speeches are a helpful, succinct introduction to what is now being called the Torture Report. Their remarks, with only minor edits and captions, are included in my new ebook, "Senate Torture Report: the Senate Speaks," included below.


In addition, I also include remarks made on December 10th by departing Senator Mark Udall, in which he calls for the resignation of the CIA Director and discusses flaws in congressional oversight.

The Torture Report: The Senate Speaks
Posted by Daniel at 3:22 PM